Effective relaxation and sleep support along with Vitamin B6 and Vitamin B3 to fight stress,
support healthy digestive system, and promote healthy skin and nerves.

Good Health Naturally is happy to introduce one of our newest additions to the GHN line of superior products.

Relaxwell™ is a special formula created from tried and true quality ingredients known to support more restful and healthy sleep patterns with a combination of B-Vitamins to act as powerful aids against high stress and unwieldy cortisol levels. Employees at Good Health Natural have taken these different ingredients as individual supplements for years to regulate sleep patterns when travelling across different time zones or working against deadlines. Now that same support of multiple different supplements can be achieved in one complete formula.

Take Relaxwell™ to combat stress and restlessness during times of high physical and mental demands or make Relaxwell™ part of your make daily supplementation to always be well rested and ready for anything that may come your way. Relaxwell™ is a unique formulation of proven ingredients to support only the best health. This powerful formula is now available in capsules for easy dosage.

Learn more about what makes
Relaxwell™ so effective!

L-Theanine – is a natural phytochemical found in Japanese green tea. L-Theanine is a non-essential amino acid that is present in the brain, and is a close relative of Glutamate. Studies indicate that L-Theanine interacts with the neurotransmitter, GABA (gamma-aminobutyrate). GABA, known for its importance in nervous system functioning, works with the mood centers of the brain.

In addition to relaxation, studies in Japan show that L-Theanine helps support the body’s ability to deal with the following:

The calming effect of green tea may seem contradictory to the stimulatory property of tea’s caffeine content but it can be explained by the action of L-theanine. This amino acid actually acts antagonistically against the stimulatory effects of caffeine on the nervous system. Research on human volunteers has demonstrated that L-theanine creates a sense of relaxation in approximately 30-40 minutes after ingestion via at least two different mechanisms.

First, this amino acid directly stimulates the production of alpha brain waves, creating a state of deep relaxation and mental alertness similar to what is achieved through meditation. Second, L-theanine is involved in the formation of the inhibitory neurotransmitter, gamma amino butyric acid (GABA). GABA influences the levels of two other neurotransmitters, dopamine and serotonin, producing the key relaxation effect. 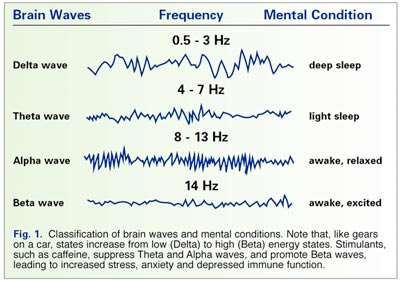 Delta is seen only in the deepest stages of sleep.
Theta is seen in light sleep and drowsiness.
Alpha is present in wakefulness where there is a relaxed and effortless alertness and
Beta is seen in highly stressful situations and where there is difficulty in mental concentration and focus.

It is well known that alpha brain waves are generated during a relaxed state and therefore alpha waves are used as an index of relaxation.

In one study of these mental responses to L-theanine, brain wave topography showed that alpha waves were observed from the back to the top of a person’s head (occipital and parietal regions of the brain) within approximately 40 minutes after the subjects had taken either 50 or 200 mg of L-theanine. In a separate study, the intensity of alpha waves were determined to be dose dependent (with a 200 mg dose showing a significant increase over controls) and detectable after 30 minutes. 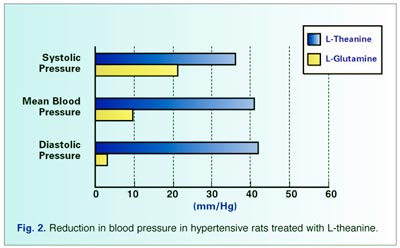 L-theanine has a significant effect on the release or reduction of neurotransmitters like dopamine and serotonin, resulting in improved memory and learning ability. L-theanine may also influence emotions due to its effects on the increased release of dopamine. L-theanine reduces brain serotonin concentration by either curtailing serotonin synthesis or increasing degradation in the brain.

The regulation of blood pressure is partly dependent upon catecholaminergic and serotonergic neurons in both the brain and the peripheral nervous system. Studies on spontaneously hypertensive rats (SHR) showed an impressive blood pressure lowering effect with L-theanine. The lowered blood pressure effect was dose-dependent with the highest test dose creating the most significant drop. L-glutamine was used as one of the controls. Although L-glutamine is similar in chemical structure to L-theanine, it did not exhibit an anti-hypertensive effect.

Preliminary studies report that L-theanine has been found to increase the anti-tumor activity of some chemotherapeutic agents (doxorubicin and idarubicin) and to ameliorate some of the side effects of these drugs. It appears to increase the inhibitory concentration of these drugs in the tumor cells, although the mechanism is not known. At the same time, L-theanine decreased oxidative stress caused by these agents on the normal cells, possibly due to its mild antioxidant activity. In this regard, L-theanine has been shown to inhibit lipid peroxidation, catalyzed by copper, in low-density lipoprotein (LDL) in vitro.

Stress and anxiety are debilitating conditions that upset the balance of our hormones leading to a loss of our well-being, performance, and even lifespan. Stress impairs the immune system, leaving us vulnerable to opportunistic infections, and can cause depression. In 1998, pharmaceutical sales of anti-anxiety drugs totalled over 700 million dollars, while sales of antidepressants totalled close to 5 billion dollars! People under stress can mitigate many of the harmful effects of stress with L-theanine without becoming sedated in the process. L-theanine doesn’t make one drowsy, nor does it promote sleep because this amino acid does not produce theta waves in the brain. It should be noted that if an individual were already relaxed, taking L-theanine would not produce further relaxation.

A number of studies have demonstrated the benefits and efficacy of tryptophan, in particular:

in improving serotonin levels. Serotonin plays a key role in many of the body’s functions, and particularly in depression, anxiety, mood and appetite control. Furthermore, serotonin cannot cross the blood-brain barrier, so when levels are inadequate, only supplementation with either of its two precursors – tryptophan or 5-HTP – can raise them effectively;

Many people eat excessive amounts of carbohydrates when they feel stressed, depressed or anxious. This results in a rise in cerebral serotonin and a temporary feeling of well being and security, but at the same time, an increase in fat stores. Tryptophan supplementation improves psychological state without inducing increases in the amount of stored fat;

The first studies using tryptophan to influence mood were conducted in the Fifties. Tryptophan supplementation was shown to be effective and free of side-effects in subjects suffering from mild to moderate depression;

Both on its own and combined with phototherapy, tryptophan is also an effective treatment for SAD (Seasonal Affective Disorder);

L-Tryptophan and 5-HTP are converted into serotonin following the same metabolic pathway. However, certain people react better to supplementation with L-tryptophan than with 5-HTP. This may be for a number of reasons:

With L-tryptophan supplementation, the body maintains control over the amount of serotonin produced by means of the enzyme L-tryptophan hydroxylase;

When 5-HTP is taken, some of it may find its way to the intestine where it can cause nausea. In addition, since serotonin cannot cross the blood-brain barrier, any serotonin produced outside of the brain is unable to penetrate it;

In some individuals, certain conditions, including severe depression, can prevent the passage of 5-HTP across the blood-brain barrier – this does not happen with L-tryptophan;

Finally, L-tryptophan is an essential amino acid that is crucial for healthy body function and particularly, for the production of niacin.

Abstract
The efficacy and tolerability of L-tryptophan were studied in an open 90-day study in 50 patients affected by primary fibromyalgia syndrome. When all the clinical variables studied throughout the trial (number of tender points, anxiety, pain intensity, quality of sleep, fatigue) were compared with baseline results, they all showed a significant improvement (P less than 0.001). The overall evaluation of the patient condition assessed by the patient and the investigator indicated a ‘good’ or ‘fair’ clinical improvement in nearly 50% of the patients during the treatment period.

It is concluded that L-Tryptophan is effective in improving the symptoms of primary fibromyalgia syndrome and that it maintains its efficacy throughout the 90-day period of treatment.. 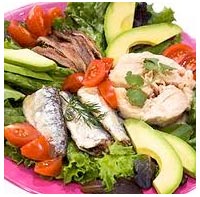 B-vitamins play a vital role in chemical processes throughout the brain and body. Research shows that unhealthy levels of essential B-vitamins like B6, B3 may contribute to poor mood and feelings related to anxiety and depression. Supplementing your diet with essential B-vitamins can have a direct effect on important neurotransmitters in the brain, such as serotonin, norepinephrine and dopamine. As well, evidence suggests that B-vitamins are important cofactors that help balance and metabolize neuro-toxic chemicals that have been linked to anxiety and depression related conditions. 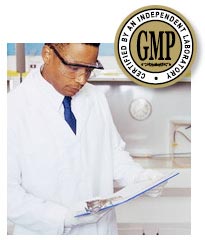 The FDA and the National Council Against Health Fraud recommend you check all suppliers for these practices before you buy:

YES! The full line of Good Health Naturally™ products are manufactured and packaged under strict guidelines sit by the U.S. Food and Drug Administration’s current Good Manufacturing Practices, or cGMP. Our dietary supplement facilities are FDA-registered and our product claims conform to rigorous FDA standards.

Take 2 capsules 30 minutes before going to bed or as directed by your healthcare professional.

Do not exceed stated daily dose.

Food supplements should not be used as a substitute for a varied diet.